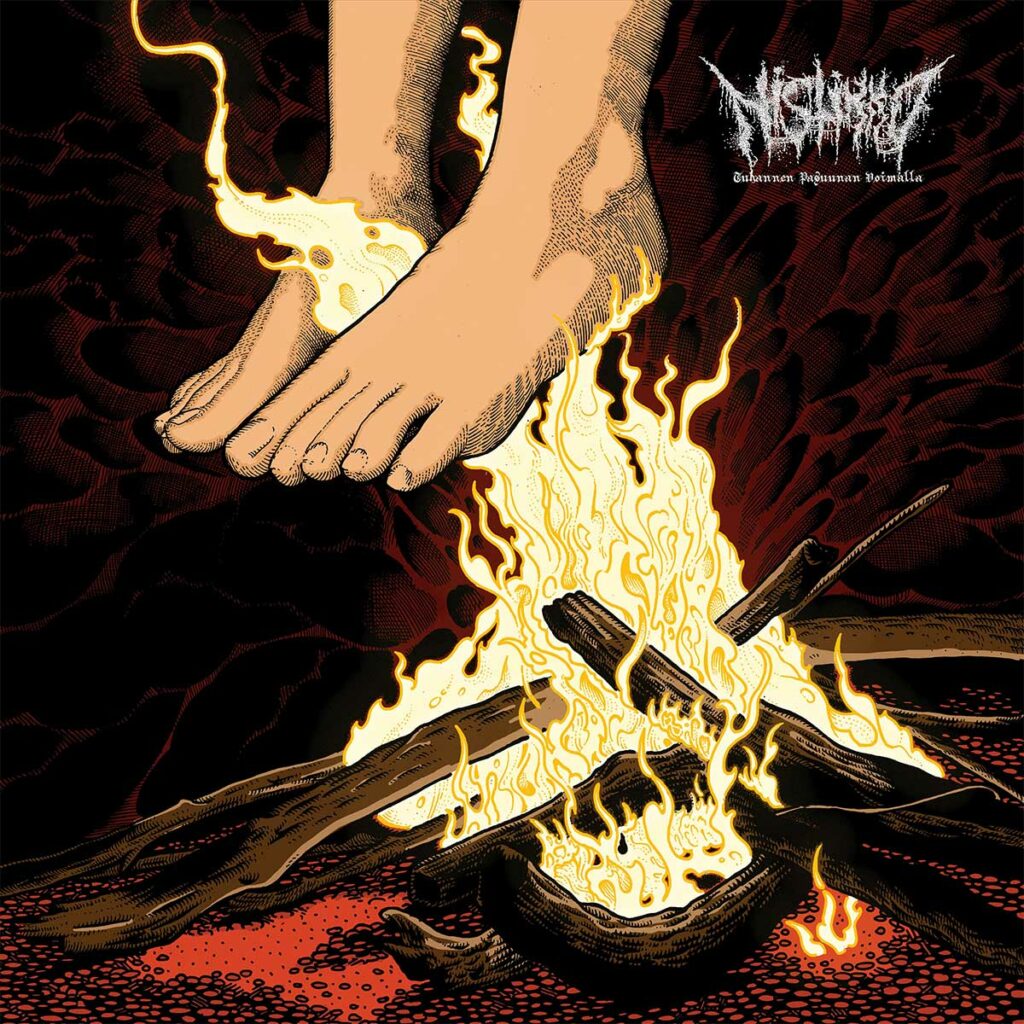 The album was recorded, mixed and mastered in Tampere, Finland at Studio Sampolaaris by Antti Välimäki in May/June 2020 with vocals having been recorded separately in June 2020 by Otto Joki. The album features guest vocals by Kai Jaakkola (Deathchain), Tatu Junno (Hebosagil), Aino Hannula (Kantamus) and Joonas Syväniemi (ex-Nistikko).

The cover art was drawn by Jussi Pohjanen, who’s previously worked with such bands as Hexvessel, Tryer and Amorphis.

‘Tuhannen Pasuunan Voimalla’ (With The Power Of A Thousand Trombones) was a much easier album to make than our previous
records. We felt a bit bored with grindcore when writing our previous album ’Väsy’ and we tried to make something different. That ’’ something different’’ turned out to be a messy pile of old and new songs. For a couple years we didn’t even try to make new songs and we played just a couple gigs here and there. For the new album I wrote all of the songs to completion in two months in early 2020 and the lyrics were ready right after that. We collectively decided that this album won’t have any fillers or skits from movies. Tuhannen Pasuunan Voimalla is our best album as a whole.
– Jussi Pohjanen

The lyrics came together pretty effortlessly. I’d read a lot about cults in the past and I happened to get lost in my thoughts and come up with a cult of my own. Cult-like behaviour is present on a smaller scale that can happen even just between two people. The ones in power will use their ascendancy over the weak. I aspired to write a story with the antagonist being exactly one of these power-hungry oppressors. Examples of such stories can be found all over the global, but possibly even in your very neighbourhood. Each story is equally important.
– Eetu Viita

Get the album!
Back to Nistikko